Why You Should Avoid Parabens

If you use cosmetics, then you have almost certainly been exposed to parabens. These esters of parahydroxybenzoic acid (acids where one or more of the hydroxyl molecules have been replaced by an alkoxy molecule) have been used as preservatives in cosmetics since the 1920’s, and while they have been effective in preserving products, there have been some medical controversies over the years that do indicate that they might be best avoided.

Essentially, these are compounds that are manufactured in a lab, by altering the natural properties of parahydroxybenzoic acid. While that may sound scary, you can be reassured by the fact that this acid naturally occurs in many plants, in wine and even in olive oil. However, while the chemistry is innocuous enough, there are some risk factors that aren’t. Here’s what you need to know.

Over the years, there have been several rumors that linked parabens in cosmetics and antiperspirants to cancer. However, while there was evidence in a 2004 study of cancerous breast tissue that parabens are typically found in most breast cancer tissue, no link has been established that indicates that parabens were the cause of the cancer.

One of the concerns was that because parabens mimic some of the properties of estrogen, they may, like natural estrogen, have some responsibility for causing breast cancer. This theory has been largely debunked by the medical community, who say that the estrogens that occur naturally in our bodies and in HRT (Hormone Replacement Therapy) are far stronger, and therefore more likely to be involved in causing cancer than the weaker parabens.

It’s good news that the link between parabens and cancer is a tenuous one, however, there are much stronger links to dermatological problems.

A study released in June 2005 found that in 0.5 to 3.5% of subjects, sensitization and allergic reactions to parabens occurred, with effects ranging from a mild eczema like result to hives, and even in extreme cases, respiratory distress. In other words, parabens are an allergen, which can cause moderate to severe allergic reactions and rashes in a surprisingly high proportion of people.

Another study, released in 2007 found that methyl parabens were not metabolized when products were applied daily. They found that the parabens built up over time, and also that they prevented keratinocytes (which are the predominant type of cell in the top layer of skin) from reproducing as they should have. Essentially, they slowed or shut down the natural regenerative properties of the skin.

At the same time, parabens also prevented or reduced the production of hyaluronan and collagen in the skin. Both of those types of biological chemical are used to keep the skin supple and soft.

In the simplest layman’s terms, the study proved that there is a link between the daily application of parabens to the skin and premature aging. They also found that because skin was less able to regenerate and repair itself, paraben product use is also indirectly linked to an increase in damage to the skin when exposed to the sun. Again, a well-known cause of premature aging.

Generally, while parabens are still considered safe by governments, there’s growing evidence that it’s better to be safe than sorry when it comes to the chemicals you put on your skin. Since there are paraben free alternatives out there, and since there are some significant concerns related to parabens, you may want to err on the side of caution, and switch to paraben free products. Parabens may be good at preserving cosmetics, but they are not very good at protecting your skin.

While browsing Marcelle products on this website, look for the PARABEN FREE icon. It testifies that the product you are looking at is paraben free 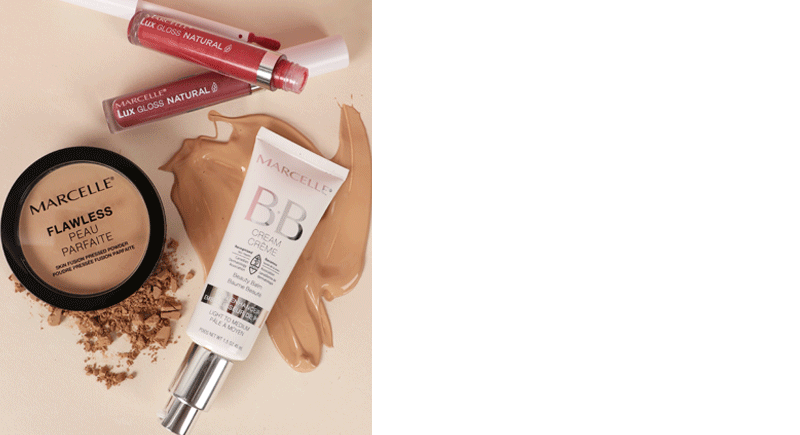