Marcelle is extremely proud to have Karine Vanasse as the face for the brand. The actress, well known for her many roles in television series as well as on the big screen, now appears in Marcelle skincare and make-up advertising.

Karine Vanasse, the face of Marcelle Karine always appeared as naturally beautiful, with no need for superficial extravagance. Marcelle, with its hypo-allergenic and perfume-free products, is a brand that fits perfectly with her personality and that matches her values. “When a public figure associates with a brand, states Karine Vanasse, the general public isn’t fooled. People feel when there is truth behind the collaboration, when the person’s values correspond to those of the brand.”

Karine Vanasse made her television debut as a teenage co-host of Les Débrouillards, a youth show with a scientific theme. The year after, she allowed the public to discover more of her talents, this time as an actress, accumulating many performances in popular television series.

During those years, Karine started landing character roles on the big screen as well, obtaining a leading role in the movie Emporte-moi, for which she is critically acclaimed and receives numerous prizes. In 2003, she shines as the leading lady in the movie Un homme et son péché, for which she receives a Jutras award, the highest distinction in the Quebec movie industry. She takes no one by surprise when, in 2008, she wins a Genie award for her acting performance in Polytechnique, a movie she also produced. Her talent seduces and soon she gets parts in a variety of movies filmed in France and Germany. In the fall 2011, we had the chance to see Karine in her role as Colette, the French stewardess in the U.S. drama series, Pan Am.

She spends the greater part of 2012 shooting for the movies in Canada and Europe. Her career on the forefront achieves yet another high level when in November 2012, Karine Vanasse ranks first on Backstage Magazine’s top 30 most promising actors, a publication which is considered as the reference in the movie and television industry in the United States. She spends the spring season of 2013 as the sweet Maxim Bouchard, a biology teacher, in the television series “30 vies”, which airs daily on Radio-Canada.

Karine makes a noted appearance at the 2013 Toronto Film Festival (TIFF) where she attend the premiere of All The Wrong Reasons, another movie where she holds one of the leading roles. She quickly returns to the U.S. where she takes on the role of Margaux Le Marchal in ABC’s thriller series, Revenge. Karine portrays a French business woman who is in the United States to launch the American version of Voulez magazine and promises to deliver more than just a magazine. 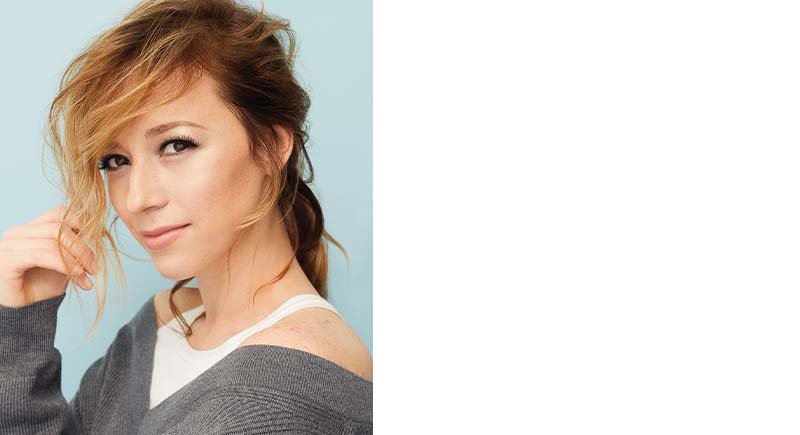